Renewable energy has challenges. The sun doesn't always shine and the wind doesn't always blow. Current energy storage solutions are complex, expensive and hard to maintain. EnergyNest is the solution.

"Storage, Not Generation, is the Challenge to Renewable Energy" Forbes

There is a consensus across many energy industry experts that the renewable energy market faces some challenges. There have been incredible advances in renewable power generation techology driven by carbon emission targets which has led to a sustained increase in the use of renewables. Industry commentators see fixed and variable costs for wind and solar decreasing by a rate which puts traditional power generation under pressure - some expect to see fossil fuel power generation decline in the next decade. However, despite these huge leaps in progress, most renewable energy solutions still face quite a simple problem.

"The United States alone would want to build more than 100 gigawatts of storage over a decade […] significantly improving reliability and making solar, wind, nuclear, and coal much cheaper to deliver.” McKinsey & Company

These challenges can mean that energy is quite often being wasted by renewable energy plants. For example in China - currently accounting for one third of global installed wind power capacity - curtailment rates in wind generation averaged 15% according to China's Renewable Energy Industries Association (CREIA) - with some areas in China reaching rates of 60%. Matching demand with supply is therefore a hurdle which can be tackled by an efficient and low cost form of energy storage.

Founder and CTO of EnergyNest, Pål G. Bergan, had for a long time been conscious of this issue during his career as an engineer, research director, professor and industrial innovator. He wanted to find a solution that would be low-cost, technically simple and possible to implement anywhere and to all applications. Since 2011, EnergyNest has developed a unique thermal energy storage technology with superior advantages over the current solutions. In collaboration with Heidelberg Cement, a new type of concrete "HEATCRETE®" has been developed and tailored to have the optimum performance with respect to storing thermal energy.

EnergyNest is solving problems in three grid-scale energy storage markets with a combined +$5billion market by 2020:

If you would like to read more about how the technology actually works we have written a blog which is a "back-to-basics" approach to the technical side of things - First up: How it works

The addressable market for EnergyNest technology is long duration, stationary, utility scale energy storage. If the energy source is thermal already, the sweet spot are uses cases with temperature ranges between 150 - 420°C and more than 4 hours’ of storage duration. If the energy source is electricity, which needs to be converted to heat in order to be stored with EnergyNest technology, the sweet spot for supply of approx. 1-20 MW of electricity and more than 4 hours of charge/discharge duration in a Combined-Heat-Power (CHP) setup.

The energy storage market is expected to grow quite significantly over the next few decades. This can be verified with reports from 3rd party providers. The driving force behind this growth is the expected build out of energy generation from renewable sources, a non-continuous energy supply by nature, and the global efforts to decrease the carbon footprint overall by recycling waste heat.

EnergyNest has thoroughly investigated the market and defined, in collaboration with partners, three target segments for its technology:

In a joint project with Masdar Institute, EnergyNest has built a pilot facility in Abu Dhabi demonstrating its technology. Masdar has provided the Solar R&D platform in which the pilot from EnergyNest is integrated, and EnergyNest managed the design, installation, commissioning and training of the pilot facility during 2015 with the help through sponsorships from HeidelbergCement, Dow and Siemens. In November 2015 the pilot was finalized and validated by DNV GL. The report from DNV GL confirms that the technology works and all claims with respect to operating temperature, storage capacity and storage efficiency are met. EnergyNest and Masdar Institutes celebrated the inauguration of the pilot together with more than 200 guests in November 2015, and CNN made a small movie about EnergyNest. Currently the pilot is run in a 24x5 mode to demonstrate that there is no degradation in material or other adverse effects when operating the storage. We have now accumulated 1500 hours of operations (status August 2016) and the storage performs perfectly as simulated and without any change in the charge or discharge pattern. The pilot facility also serves as demonstration room and is frequently visited by customers, investors and business partners.

EnergyNest has 11 employees in Oslo, and 1 colleague based in Sevilla/Spain. The team has an international feel and consists of Norwegians, Germans, Spanish, Austrian and Canadian. All colleagues come with a relevant industry background from leading companies (Siemens, Senvion, Abengoa, DNV GL etc.). The combined work experience of the management team is more than 80 years. In addition EnergyNest funds 7 engineers in Abu Dhabi (employed through Masdar Institute). This team runs the pilot facility in a 24x5 mode. 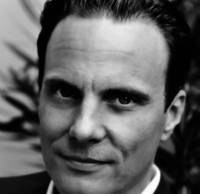 Christian is a Chief Executive with focus on bringing new technologies from idea to installation. His primary experience comprises the energy and energy-related technology sector – ranging from e-mobility over renewable energies to energy storage. Christian joined EnergyNest in 2014 and has previously been working for BMW Group, UBS Investment Bank, McKinsey & Co. as well as SENVION. Christian holds a PhD in Economics, a Diploma in Business Administration as well as a B.A. in European Business. 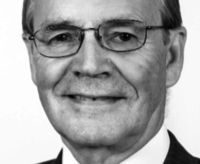 MSc in Civil Engineering from NTNU, Trondheim and PhD in Computational mechanics from University of California, Berkeley. Professor of Structural Mechanics at NTNU for 15 years followed by 27 years associated as industry professor. Extensive publication of scientific articles and books, international lecturing and research cooperation including visiting professorships at Stuttgart University, UC Berkeley, Stanford University and KAIST, S-Korea. 25 years of management and industrial experience as Research director and Senior Vice President in DNV-GL, with responsibilities for strategic research, innovation and research coordination covering a very wide range technologies and industrial applications. Now passionately working with innovation, technology development and implementation of new technology as CTO in EnergyNest. Founder of Lattice Technology, S-Korea and EnergyNest. 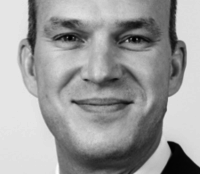 André Korn is a finance executive with broad experience working for blue chip as well as start-up high-tech companies in Europe, North America and the Middle East. Before joining EnergyNest in 2015, André was a VP Asset Management for Mubadala in Abu Dhabi, responsible for a $10b asset in Germany. André has a profound track record in planning, financing and running high-tech facilities from a financial perspective as well as M&A work in high-tech. In addition to his leadership role in blue chip companies like Infineon and McKinsey, André secured financing to establish and ramp a startup in the semiconductor industry in Germany to >$60m in revenue within three years. André holds a master degree in finance and computer science from the Technical University of Dresden/Germany. 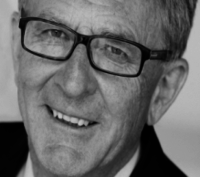 Harald Norvik is former CEO of Statoil ASA. He is currently also serving as Board member of Conocophillips, PGS and Deep Ocean. He is Chairman of the Board of Havgul. Norvik brings vast experience in leading international companies and has chaired multiple Boards including Telenor ASA, SAS, Umoe, H. Aschehoug & Co. AS, TV2 ASA, Oslo Stock Exchange and DnB NOR ASA. In addition he has served as board member in E.ON Ruhrgas

The value of the EnergyNest's assets is exposed to macroeconomic fluctuations

Our company is exposed to the economic cycle and macroeconomic fluctuations. Negative changes in the general economic situation could thus have a material adverse effect on the company's business, financial condition, cash flow, results of operation and/or prospects.

EnergyNest may not be able to successfully implement its strategies

Our strategy may also be affected by factors beyond its control. Any failures, delays or unexpected costs related to implementation of the company’s strategies could have a material adverse effect on its business, financial condition, results of operations, cash flow, prospects and/or ability to repay its debts when due.

EnergyNest is dependent on attracting and retaining qualified personnel

The company has highly educated technical personal that possess proprietary knowledge about the company’s technology accumulated and developed since the inception of the company in 2011. It is absolutely crucial to retain these employees to bring this technology to market. Furthermore, the Company’s continued success also depends upon the Company’s ability to attract and retain experienced professionals.

No guarantees can be given that the company will be fully compensated for unforeseen situations under its existing or future insurance policies. In addition, there are certain types of losses, e.g. losses pursuant to unexpected and unusual circumstances, or of a catastrophic nature, such as floods and other disasters, that may be uninsurable or that are not economically insurable. This is in particular critical for project execution in the geographies the company targets to serve. The company may incur significant losses or damage to its assets or business for which it may not be compensated fully or at all.

The company’s business is highly uncertain as the energy storage market is still in its early development and several technologies compete for customers. In addition, the technology the company is offering is new to the market and the customers need to be educated about how to apply it best. Furthermore, numerous small companies compete with the company and may come up with a superior technology concept for the target customers of the company. The company’s competitors, which may have greater resources than the company, may better withstand industry downturns, compete more effectively on the basis of offer and geographic scope and retain skilled personnel to a larger degree than the company.

The company’s technology has not been used by a commercial customer so far. It can not be assured that the claimed features and properties can be demonstrated in a commercial environment. The company will be liable to the customer for demonstrating the claimed technologies features, and might need to be liable for compensating any adverse impact on the financial position of the customer in case of any shortcomings of the technology. Further, due to its novelness customers might be afraid of buying a technology which is not yet commercially proven. Failure to overcome the market introduction hurdle and to demonstrate the features of the technology in a commercial environment will severly hamper the outlook and reputation of the company and will have material adverse effect on the company’s business, operations, results of operations and/or financial condition.

The competitive advantage of the company is its technology which has been patented or is treated as a trade secret. Despite being patented and with all appropriate measures to protect its IP the company is exposed to the risk of patent infringement, IP spionage and IP leakage. To enforce its IP rights might overstrain the company’s resources. Inability to protect its IP could have a material adverse effect on the Company’s business, operations, results of operations and/or financial condition.

The Company’s future growth will depend upon a number of factors, both within and outside of the Company’s control. It may not be successful in expanding its operations, and any expansion may not be profitable, or may result in losses for the Company. This could ultimately have a material adverse effect on the Company’s business, financial condition, results of operations or prospects.